Please feel free to contact our administrative team if you have any questions, or you need more information about the world’s only peer-to-peer network exclusively for entrepreneurs. Our EO staff is here to help.

The anchor of an urban agglomeration known as the Golden Horseshoe, Toronto is a global city, and a centre for business, finance, arts and culture. It is also recognized as one of the most multicultural and cosmopolitan cities in the world.

The anchor of an urban agglomeration known as the Golden Horseshoe, Toronto is a global city, and a centre for business, finance, arts and culture. It is also recognized as one of the most multicultural and cosmopolitan cities in the world.

Founder and president of PDF Employee Benefits, an independent brokerage offering consulting and outsourcing services for employee benefit programs, human resources, and related financial advice for mid to large-size operations. He is also Co-Founder of Collage HR, an all-in-one people platform for Canadian SMBs, and teaches a Pension & Benefits course at Humber College.

The most densely populated and southernmost region in Canada, Southwestern Ontario is home to ⅓ of Canada’s population and a large manufacturing sector. The area features tourist attractions galore and world-class freshwater beaches.

Co-founder of Guelph’s Intrigue Media Solutions, Rob is a firm believer of leadership and community and is focused on creating strategy and purpose. His experience has provided him with the opportunity to understand that sales and marketing have a very crucial relationship and if that relationship is strong, then there is an increased chance of success. Rob’s specialties include: sales & marketing, ad copywriting, project management, strategic planning and implementation and market research.

Regularly recognized as Canada’s most entrepreneurial and fastest growing community, Kelowna and the Central Okanagan is a hub for innovation and an economic driver in Western Canada. 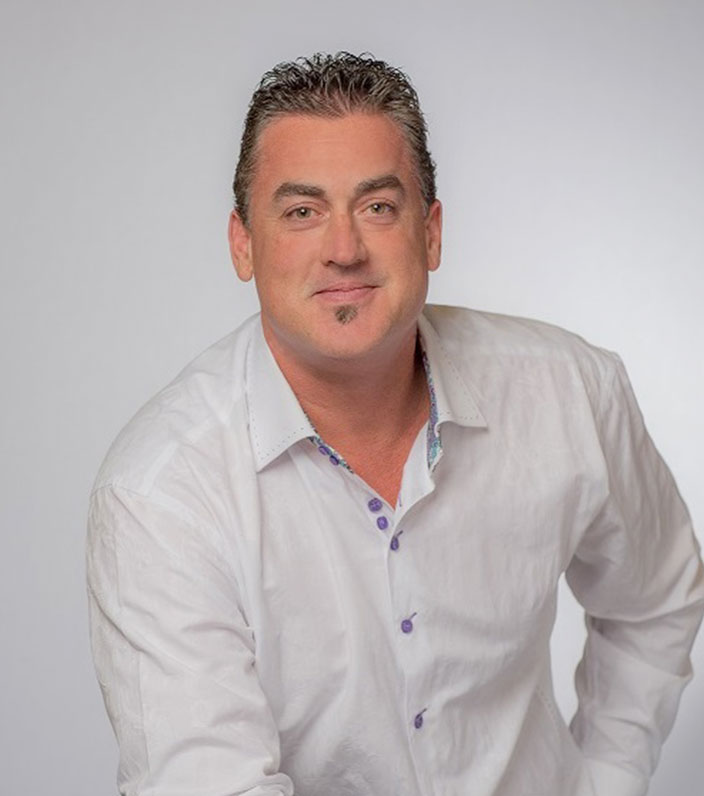 Founder – The DEALMAKER, CEO of Business Finders Canada (BFC), a professional business and commercial real estate brokerage since 2009, Steve is looking to grow his business regionally and as a franchise. With over 25 years of sales-related experience, Steve has owned businesses, managed businesses, and been on both sides of franchising. He wants to positively impact his community and help business owners overcome obstacles and grow.

A veritable west coast paradise, Vancouver Island is as famous for its temperate climate and thriving arts community as it is for its vibrant entrepreneurial scene. Named the best island in the Continental US and Canada, its rugged beaches and remote coastal communities beg to be explored.

Owner of Morinwood MFG Inc. “This life we’re chosen produces stratospherically dizzy highs and inky dark lows.  By nature we entrepreneur-types readily hand out the praise for our successes while absorbing the risks and sleeplessness of holding it all together.  Yes, entrepreneurship can be lonely work at the best of times.  But this year has made most superlatives useless as we go through a one-in-a-lifetime disruption to our economy.  We’ve all been affected and many of us have had dramatic changes to our businesses.  What has amazed me though, is how our members have reacted to the chaos.

Perhaps that is what is special about entrepreneurs.  They don’t dwell on the past, or get stuck in victimhood, they look around and say ‘what’s next’, ‘how can I fix this’ and end up outmaneuvering the flat footed around us.  Being part of this group of special human constantly stretches my capacity.  I am grateful to one of your brothers.”

A bustling west coast seaport surrounded by spectacular mountains, Vancouver is among Canada’s densest, most ethnically diverse cities. With thriving art, theatre and music scenes, Vancouver is the gateway to Whistler, the Canadian Rockies and Victoria. It’s also one of the biggest start-up centres in the country. 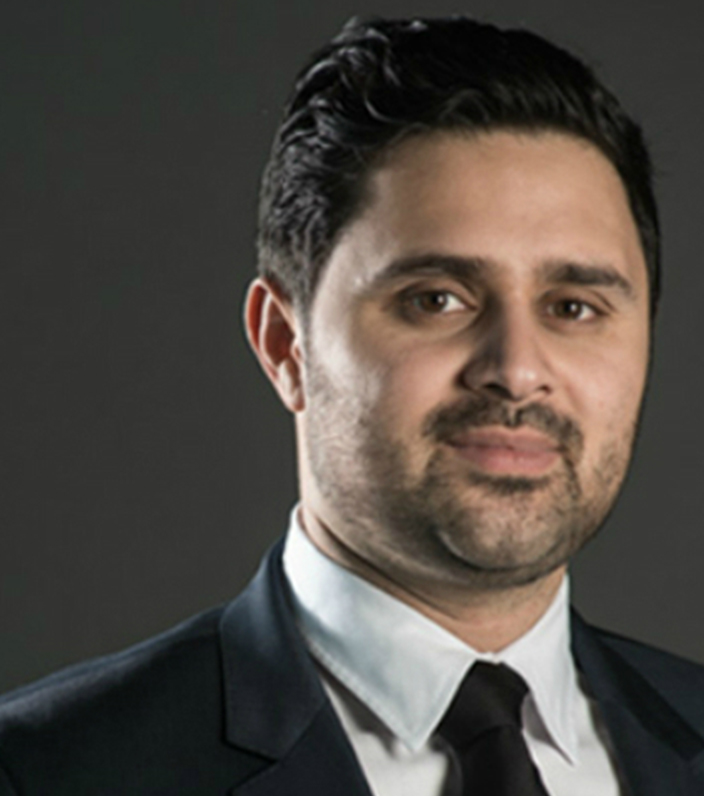 Manny Padda, entrepreneur, angel investor and philanthropist, is the Founder and Managing Director of New Avenue Capital, a global investment firm providing capital to growing businesses through debt and equity investments. A self-made entrepreneur who built his first multi-million-dollar company at age 26, Manny is an active advisor globally and in British Columbia’s tech community. Recipient of numerous startup and entrepreneur awards and a graduate of Harvard Business School’s Private Equity & Venture Capital program, he is currently completing the Entrepreneurship & Innovation program at Stanford University.

Capital of the province of Quebec, and the oldest French-speaking community in North America, Quebec boasts spectacular architecture, a European feel, and is home to the world-famous Winter Carnival. The city also has a strong entrepreneurial spirit and a robust business environment.

To start a software company from the ground up is a long journey. It takes time, determination, skill, vision and an ounce of luck! Mr. Garant, CEO at Cyber Cat, successfully made that journey, specializing in mobile product development. He now shares his experience with like-minded entrepreneurs in the Quebec area.

Known as the “Gateway to the West”, Winnipeg is an important railway and transportation hub with a very diverse economy. A multicultural city with a small-town feel and a rich history, it’s also home to many annual festivals and events.

Propriétaire de Carlyle Printers, Service & Supplies. Eric was born and raised in Winnipeg, Manitoba, graduating from the University of Manitoba Asper School of Business with a degree in Finance and Marketing. In 2006, he started Carlyle Printers Service & Supplies with his brother and father, and currently serves as the company’s President and CEO. Carlyle has become the largest locally owned provider of printing supplies and equipment in Manitoba. Eric served 2 years on the board for the Tedx Winnipeg conference, being the first group to bring Tedx to the Winnipeg market, and currently serves on the board for the Winnipeg Executive Association.

A thriving, forward-thinking metropolis, Saskatoon has one of the most diversified economies in Western Canada. A top biotechnology and life sciences hub, the city is one of Canada’s fastest growing urban centres, and an emerging creative hotbed for technology companies. 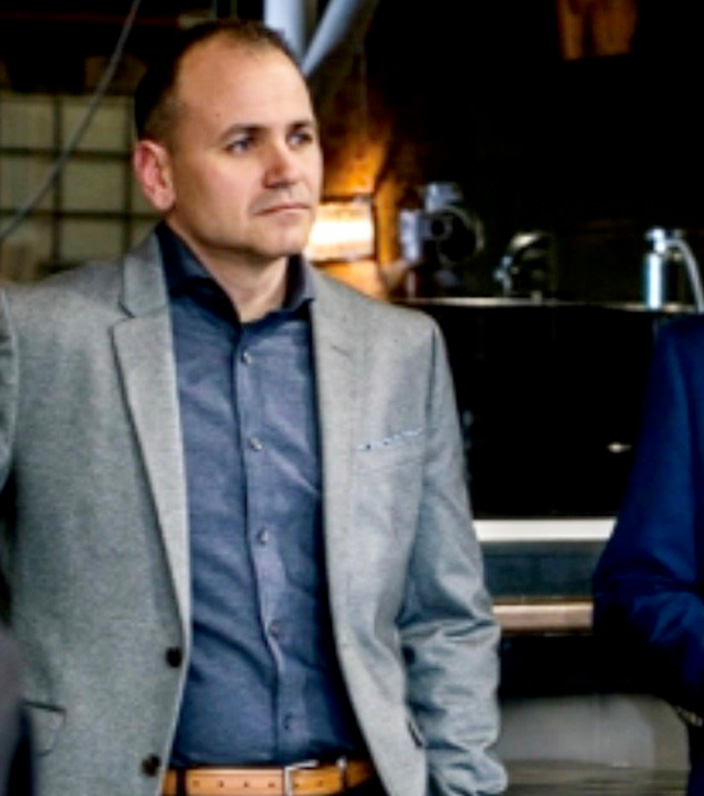 I am a 35-year-old entrepreneur and an owner-operator within the hospitality industry for 11 years. I have gained considerable experience through both my successes and failures. I pride myself on my strong family values and I truly believe that in order to succeed in business and in life you need strong people by your side, with similar goals and aspirations, people who can relate to the day-to-day trials of operating your own business. I am very eager to be involved with the Saskatoon Chapter of EO Canada.

EO Niagara, the newest edition to the EO Canadian Chapter, is a booming entrepreneurial community. It’s one of North America’s most popular tourist destinations, with easy access to markets in both the U.S and Greater Toronto areas. The Niagara region is definitely open for business!

EO Niagara, the newest edition to the EO Canadian Chapter, is a booming entrepreneurial community. It’s one of North America’s most popular tourist destinations, with easy access to markets in both the U.S and Greater Toronto areas. The Niagara region is definitely open for business!

Alberta’s second largest city and provincial capital sits on the North Saskatchewan River. Often referred to as Canada’s Gateway to the North, it began as a Hudson Bay Company fur trading post. Edmonton offers a variety of cultural, sporting and tourist attractions, in addition to being an important hub for the oil and gas industries. 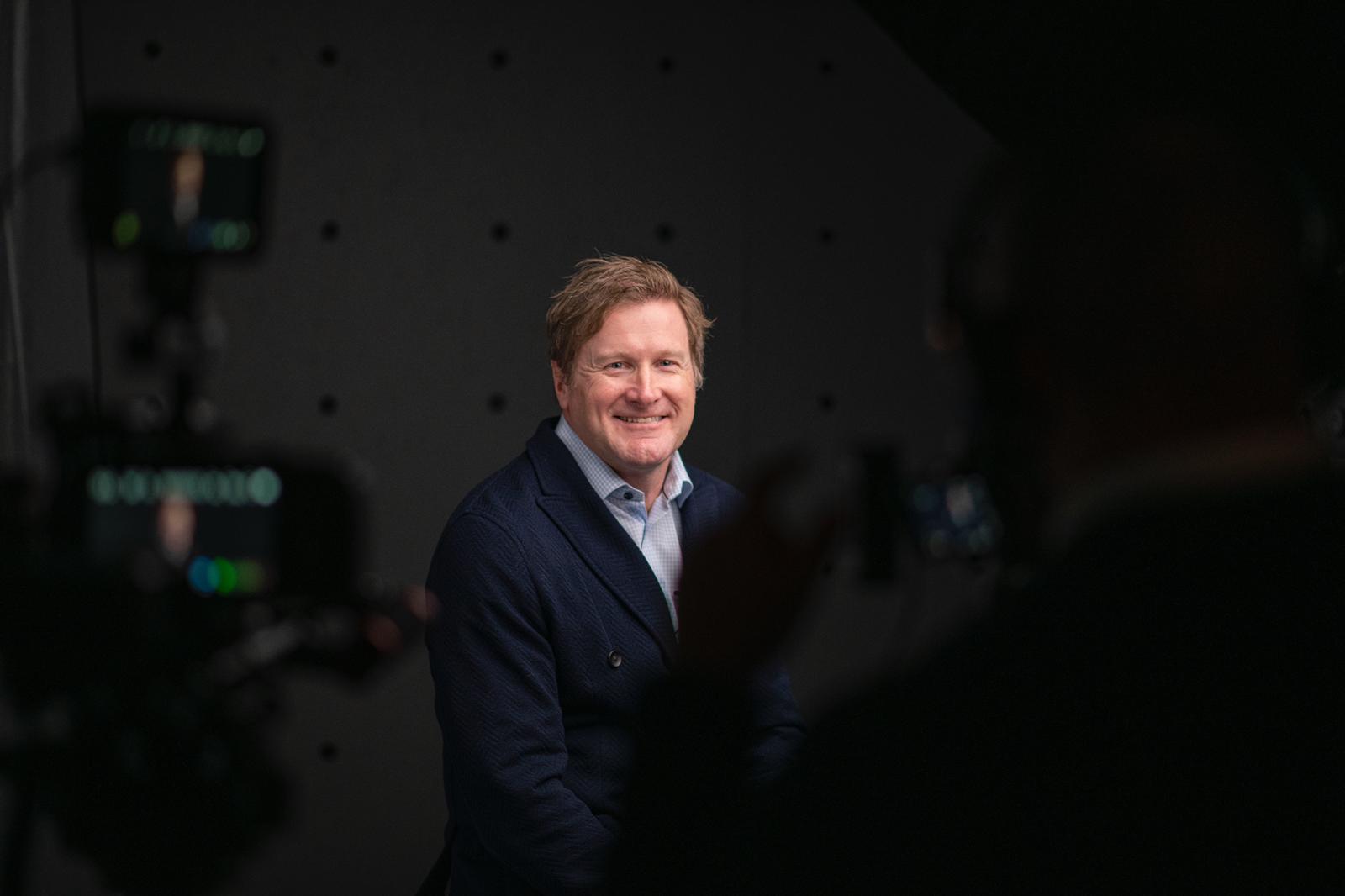 Tony has been an EO member since 2007. This is Tony’s second go round on the EO Edmonton board. He is serving as Forum Chair this year. Tony is in the investment management business. He is a partner with Connor Clark & Lunn Private Capital.   “EO has helped me on my journey in many ways! From the learning, and experiences I have had, to spending time with a fantastic group of business owners. It is my privilege to help our local chapter with this role on the board!”

Home to the 4 most eastern Canadian provinces, Atlantic Canada has a proud, centuries-old culture and unique traditions. In this booming regional chapter, small businesses create 72% of jobs and women represent 35% of entrepreneurs.

Ron Lovett has owned and operated Source Security & Investigations since 2002. He created the company to provide the best security solutions for Atlantic Canada. With offices across Atlantic Canada, as well as in British Columbia, Ron remains heavily involved in the company’s day-to-day operations. He has been recognized with many awards for his leadership and company success, including the Junior Chamber International Outstanding Young Person Award, Remy Martin Bold Five under Thirty-Five, Ernst and Young Entrepreneur of the Year finalist, BDC Young Entrepreneur Award and Atlantic Business Magazine’s 2010 Top 50 CEO Award. Ron also enjoys giving back to the community by volunteering with various community organizations. Jason Buchanan After spending his childhood in Saint John, NB, Jason attended Mount Allison University with the dream of one day becoming an entrepreneur. After graduating with a degree in Commerce in 1996, he joined Royal Bank, where he spent 10 years working in many communities throughout the Maritimes in different managerial roles. In 2006, his desire to fulfil his entrepreneurial passion led him to his role as President and Managing Partner at Premiere Van Lines. Jason lives in Dartmouth with his wife, twin boys and daughter. A self-professed “grass roots kind of guy”, he believes strongly in the importance of giving back to your community.

Canada’s capital is a dynamic showcase city of more than 1 million people. Home to hundreds of festivals, museums, landmarks and cultural activities, as well as to a flourishing entrepreneurial community, this bilingual city boasts the highest tech-labour concentration in Canada, and a highly educated labour force.

Founder of TechSupport.ca, an IT-focused company, which made the Profit 100 two years in a row and was successfully sold to a competitor in 2012. Founder of Versature, an ITSP which won multiple awards, including Telecom Employer of the Year and Ottawa Small Business of the Year, Versature was recently sold to a NYSE-traded public company.

A vibrant young city, Calgary is home to a burgeoning innovation sector, offering endless opportunities for business growth. Calgary’s entrepreneurial energy is why the city boasts the highest head office and small business concentration in Canada. It’s also the 4th most livable city in the world. 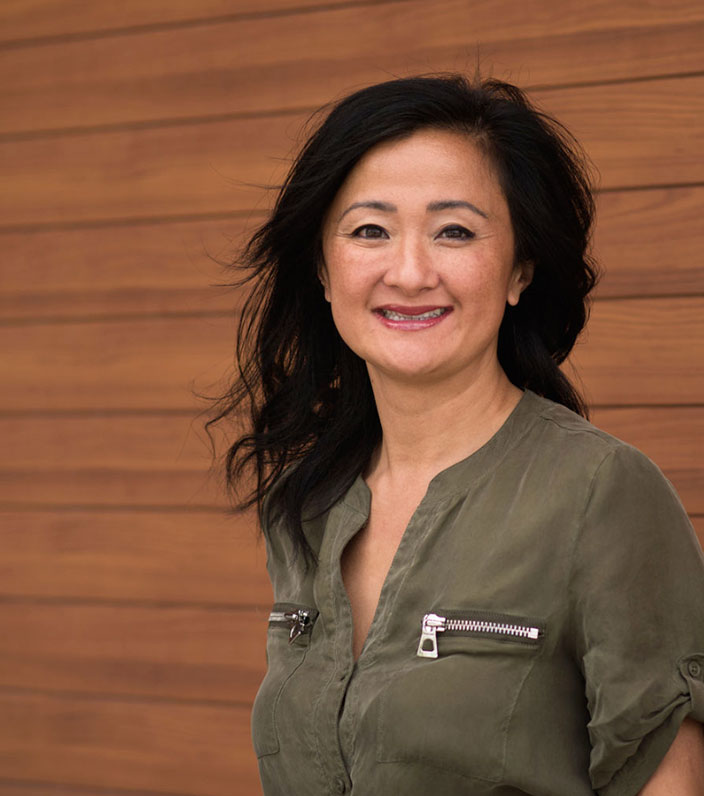 BUSINESS: King’s restaurants, Angela is the proud owner of one of the city’s best-known Chinese restaurants specializing in retail restaurant & wholesale Chinese food. Being in a mature market, they innovate by offering fresh flavours in their products. King’s is home of the famous ” wor wonton” which hand makes some 1.5 million won tons and spring roll annually. Angela previously held the forum chair position by supporting the growth of members’ forum experiences and contributing to the overall health of the chapter. In her spare time, she plays racquetball and travels worldwide with her 2 children.

A dynamic and creative urban gem, Montréal is best known for its diverse French culture, architecture and history. This multicultural, cosmopolitan city acts as a thriving incubator for investment and small business startups, creating a prosperous entrepreneurial community. 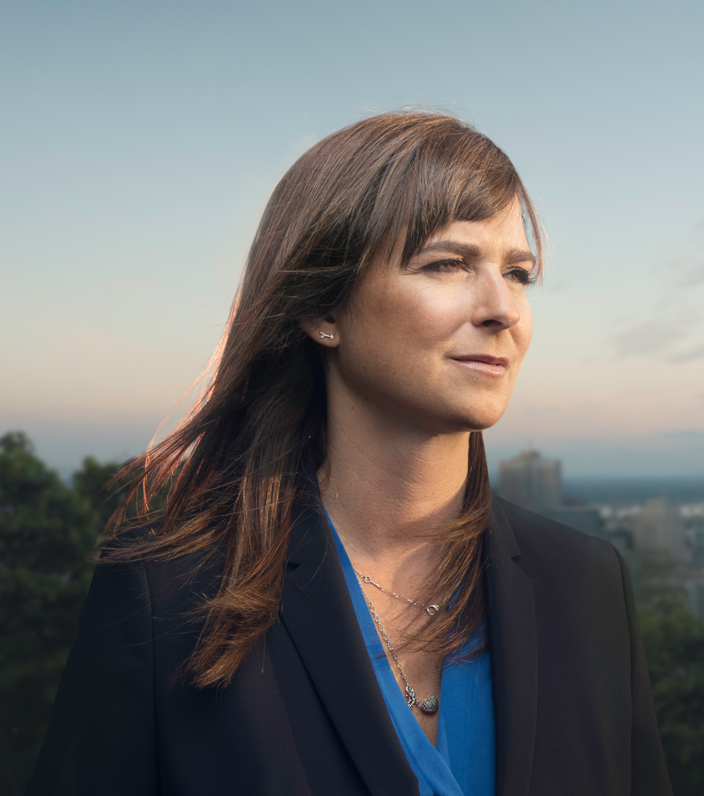 BUSINESS: Director of Rouge Marketing in Mont-Tremblant, Dominique Laverdure was always a rebel at heart. She changed her life completely by moving to the country and building a career worthy of her love for life. Dominique started her career on a much different path: ready to dedicate herself to her successful corporate job at L’Oréal, everything changed when she realized she had to compromise too much to fit in the corporate box. Rouge Marketing is now 14 years old. Since its beginnings, Rouge has acquired three businesses and now has two offices; one in Laval and one in Mont-Tremblant.